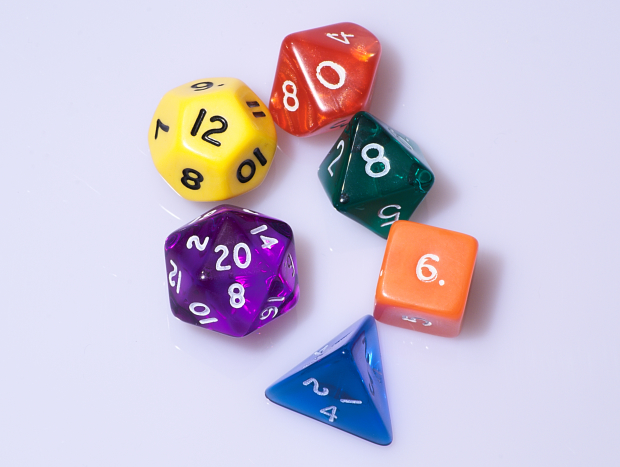 One of the greatest sources of suspense, surprise, and mystery in DnD games comes from the sense that anything could happen.  For example, there is a convention that a roll of 20 could lead to extreme fortunate results (or unfortunate in the case of 1), which is a source of suspense, humor, and a lot of unexpected events. See a heated discussion here, and a funny one here).

When I watch movies, especially of the horror genre, I find that my sense of surprise is hampered because I usually figure out the conventions and constraints that limit the space of potentially surprising events. For example, a quiet scene will lead to a ‘jump’ after a certain amount of seconds and would likely be preceded by a red herring.

What I imagine, inspired by the super-interesting work of Jeff Ely on modelling suspense, is a type of scripting that would follow these simple rules:

1. At the beginning of the movie, it will be announced that it was written using “DnD scripting” or Semi-Random scripting. Ideally, viewers would be offered a link to a site that details the choices made in 2-4.

2. The author will build a general framework of the movie. The author assigns HP (hit points) to each character in the movie. Each time a combat occurs, the different weapons will have a different chance to hit and different damage. A character dies only when its HP goes down to zero, so we can imagine a pistol having a 5-10 damage with 30% chance to hit, and grunts having 6 HP, leaders 10, and bosses maybe 20. The protagonist will have, for example, 11 HP.

3. The author will set ‘event windows’ with a probability of the event occurring at each part of the window. For concreteness, suppose the window details the protagonist walking through a long corridor, checking out where a weird sound comes from, with each door having the same probability of being the right door.

3. A computer program will determine the success/failure of each action.

4. The author adjusts the script accordingly, and if it turns out that, for example, the protagonist dies at the first scene, the author amends the script to allow for a new protagonist, which may involve repeating 2-4 again to reflect the new script.

Ideally, over time there would be conventions (or one be constructed using our vast experience with DnD gaming) that will run across movies. This means that an author will not have to think the damage of a pistol or the amount of HP of a conventional goon.

2. Avoids cliches and tropes such as the good guy can’t die

3. The mortality of characters can ironically makes the audience more attached to them, as evidenced by the XCOM videogame series.

4.  Forces scriptwriting that is sensible — no more unlimited magazines in pistol fights.

5. A lot of fantasy/sci-fi/super-heroes writing suffers from the lack of sensible constraints on the super-heroes. If Superman can reverse time, why is Lex Luthor a problem? By having rules and limits even on super-powers, we make their use much more convincing and appealing.

And probably much more.